Barcelona has been on my list for a long time, and we finally got to check it – and a new country! – off as visited. We landed in Barcelona at around 6:00 PM picked our bags and reached our Hostel Equity Point Sea around 7:30 PM. Although the rooms of our hostel were not as expected but the location won our hears, Equity point sea is located at the main beach of Barcelona and offers a lively neighborhood all day long. With the excitement of exploring the city of Gaudi we ate our ready to cook Indian meal which we were carrying with us and were ready to leave the hostel by 9:00 PM.

What I loved about Barcelona was that it seemed to have everything you would want in a holiday. It has beach for beach lovers, port for boat lovers, shops for shopaholics, restaurants for food connoisseurs, camp nou for football lovers, art galleries and museums for culture buffs. Barca offer some incredible sangria, it also boasts some of the most unique architecture in the world, thanks largely to Antoni Gaudi and his brilliant mind. Everything about Barcelona feels very quintessential to the city and unlike anywhere else.

As we were staying just near the beach it was bound to be checked first, actually we spend some time on beach every time we went out, the one who gets ready early spends more time on beach ;). After some time we decided to walk around and explore the city. Although it was late night almost every restaurant was open, what was surprising for me was how the ambiance changes in just moving from one street to another, there’s the main road with all the open air restaurant and if you come inside the streets are filled with cafes and pubs and if you move one more lane there’s the residential area and yes somewhere hidden are the Cannabis Clubs.

One thing which I really liked about the Barcelona walking tours is that there are a lot free walking tours available you just have to register yourself and if you like the tour you can tip your guide any amount you want. We started the our walking tour with AJ from Sandeman from the square Plaça de l’Àngel. The walking tour takes your through the ancient History of Barcelona and is a delight if you are a history buff or want to know about the history of Barcelona. The tour takes you from Hercules, the legendary founder of the city, to Christopher Columbus; from Wilfred the Hairy, a heroic Catalan knight, to Pablo Picasso. As we were more interested in exploring the Gaudi Architecture we decided to leave the tour in between and went to La Rambla to start our self guided walking tour. La Rambla is considered as a heart of the city for its social life with cafes, shops, restaurants and all. There is also La Boquería an indoor market that dates back to over 100 years which offers delicious food of various kind including all sorts of meat, Juices, Pancakes, Waffles and much more. 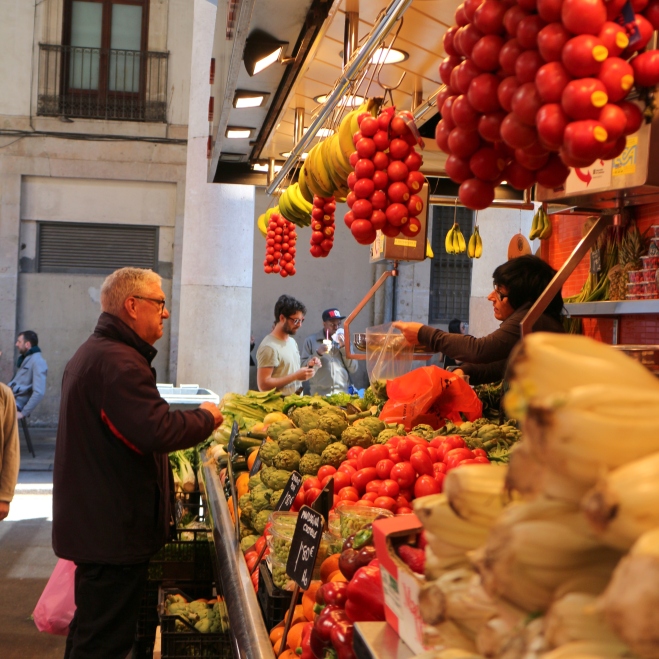 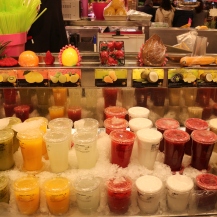 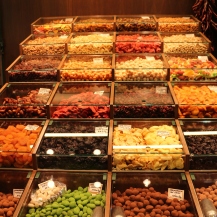 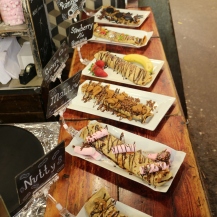 After filling out stomach at La Boquería we started our walking tour to cover all the Gaudi’s Masterpiece. Starting with Plaça de Catalunya, city’s busiest square surrounded by historic and architectural building. You can find tourists giving food to pigeons at the center, various shops to eat, beautiful background to take photos and buy souvenirs if you want. The good thing about Barcelona is that you can cover all the Gaudi’s work on foot as its all within a stretch of around 3KM. After around 10 mins of walk from Plaça de Catalunya is Casa Lleó Morera, another 2 mins of walk is Casa Amatller and Casa Batlló. These 3 together make up the “Block of Discord”. As there is an entry charge of all 3 we did not went inside and reach our next destination Casa Milà which is around 15 mins walk and finally at the masterpiece Sagrada Família. We wanted to go inside the Sagrada Família but unfortunately the tickets were sold out for the day and so we kept it for next day.

At a point it seemed that the day is never ending we started at 11:00 AM it was already 7:00PM sun still up and we wanted to make the most of it so we decided to head over to Montjuïc for Sunset and then spend some time at Plaça d’Espanya. We were just in time to reach Montujic to watch the sun setting over the hills with the backdrop of Barcelona in front. The 4 pillars at Plaça d’Espanya and the faint view of Tibidabo in front made it picture perfect and once the city was lighted it was beyond any words. Though we intended to spend around an hour at Montjuïc we ended up spending almost 3 hours. Finally we decided to head back to our Hostel though La Rambla. In my opinion La Rambla is place which should be visited once in day and again in night to notice the stark difference, the place really lightens up at night. It was around 1:00 PM that we decided to have our dinner and get some sleep. Ah! such a log day it was.

As me along with 2 of us wanted to visit Sagrada Família we had bought tickets the previous day itself so that the slots doesn’t get fulled, one decided to visit Tibidabo and the rest 2 decided to spend some leisurely time at beach. La Sagrada Familia shows the perfect relation between, god, nature and human beings. The beautiful class tainted windows, the roof, the main altar, the fine intricate details will render you speechless. One special thing about the place is its serenity. Even during busy tourist season, with herds of tourists inside the basilica one can feel such peace and calmness. Seeing the Sagrada Familia gives a very holistic and a satisfying feeling. After spending around one and half hour in La Sagrada we went to Camp Nou to see the much awaited La Liga match between Barcelona vs Seville. Witnessing a match at Camp Nou is an experience in itself and supporting Barca is like cherry on top.

Although we were not able to cover whole of Barcelona in our short span of two and half days but every second spend in Barcelona was a memorable one in itself.

5 thoughts on “Barcelona : There’s something for everyone”